The Hotel Industry Has a Labor Problem. Here’s How to Solve It. 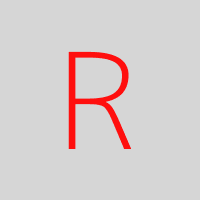 If you hadn’t heard, hotels are facing a labor crisis. After major furloughs and layoffs last year due to the pandemic, properties now need to staff up to be prepared for the return of business. But they are facing a drought of workers, which some call the worst recruiting climate in the industry’s history.

Making conditions even more challenging is the fact that the dearth of prospective employees could be attributed to several factors, and it’s unclear which ones are the biggest obstacles. These include immigration issues, specifically over H-2B visas, which, in the U.S., the Biden Administration is addressing, unemployment insurance and a migration of talent to other industries.

“The million-dollar question is how do we entice people back,” said Paul Mengacci, VP of Finance & Analytics at Prism Hotels & Resorts, a hotel management company based in Dallas. “Is the issue that people still are unsure about the safety of coming back? Have childcare challenges come up related to what schools are doing, or are government support programs playing a part?”

The issue is vexing, particularly because the worker shortage is eating further into already stunted hotel revenue. From April 2019 to March 2020, total labor costs as a percentage of total revenue in the United States was 37.4%, according to HotStats data, but that number jumped to 60.5% between April 2020 and March 2021.

The good news is that as revenue returns, the labor piece should stabilize. However, if hotels can’t fill vacant positions, the result will be employers having to pay more to entice prospective employees to take those jobs, which will increase labor costs.

In the meantime, the labor shortage has prompted hoteliers to get more creative with hiring. Some measures being taken (or considered) are finders fees for candidate referrals, retention bonuses and even providing child or pet care while workers are on-site.

“Though providing these items does come at a cost,” Mengacci said, “that needs to be weighed against the impact of not having employees, specifically lost revenue that we may need to turn down because we don’t have staff to support operations.”

Prism also is trying “utility players who can fill multiple roles,” he said. “So a houseman helping in the lobby today may be setting up banquets tomorrow.”

Such cross-training could be the recipe for labor success, said Del Ross, Chief Revenue Officer at Hotel Effectiveness, a labor management technology company. “It gives employees additional hours and experience, more money and greater exposure to different people and jobs, instead of having a burnout situation. The better companies started looking at this and institutionalizing it.”

He continued, “Not a lot of people aspire to cleaning rooms but with variety, and even asking what roles workers like best, we can make their jobs more interesting and provide a career path.”

The shift from perceiving an entry-level job as just a paycheck, to seeing it as the start of a career—and promoting the idea that upward mobility can happen quickly—could help solve the labor crisis.

“You can go from a cook to CEO in this industry without going to Harvard,” said Chris Green, CEO of Chesapeake Hospitality, a management company based in Greenbelt, Md . “And if you’re 24-years-old and you want a six-figure job, you can make that leap in three to four years. We need messaging that conveys the opportunity people have to move to the next level in their career, and we’re training our teams to share that when they meet with candidates.”

That type of messaging is important for members of Generation Z, Green said. “This generation of workers is different, they’ve heard a lot about writing their own story. We need to be able to speak to that. Under the old guard, you weren’t even considered for promotion unless you spent 70 hours a week at the hotel. Members of the new generation want quality of life and if we’re not open to that, we’re going to lose them.”

Hotels Are Slowly Recouping Business, But When Will the Corporate Guest Return?