The Uniform System of Accounts for the Lodging Industry (USALI) is the standard for hotel accounting practices. For those who utilize the USALI, many are on a first-name basis and refer to it as the “U-Sally”. (Much easier to recite than repeating the letters: U.S.A.L.I.) Others don’t even call it by name, it is just the “Blue Book”. Back at the beginning of 2014 everyone was using the “Green Book”, USALI 10th edition; but, in June 2014 there was a new accounting guidebook in town. It was time to purchase the 11th edition and start working on updating accounting practices as the go live date, officially known as the effective date, of January 1, 2015 was quickly approaching. 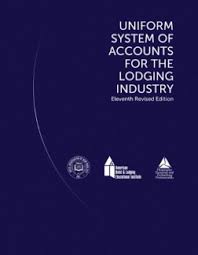 With its origins dating back to 1926 when it was developed and published by the Hotel Association of New York City, it has been the go-to guide for accounting and finance professionals in the lodging industry for years. The current 11th edition was released in 2014 and with it came several major changes from its predecessor.

The 11th edition was the first to include an effective date. The reasoning, to encourage everyone to put the new practices in place in a timely manner. Why was it important for everyone in the industry to start utilizing the new practices outlined in the 11th edition? There were some major changes in the new edition which would impact multiple schedules, involved moving revenues from one place to another and would have a major impact on the way financial ratios and operating metrics would be calculated. Benchmarking standards would be amiss without uniformity from one organization to the next.

When it comes to benchmarking, comparability is key! The USALI is very clear on guidance pertaining to any changes made to the departmental schedules. Line items may be deleted, but no additions or substitutions are allowed! This insures consistency of line items from one company to the next. Organizations want to make sure they are comparing like revenues and expenses and not left wondering why their numbers are so far off in comparison to their competitors.

One of the key pieces of the USALI 11th edition is the guidance provided on reporting revenues and expenses for hotels and resorts. Need to know where to record sneeze guards, it’s in there. Or, what about information technology system expenses introduced in the 11th edition? It’s in there too! The USALI provides formatting guidelines and a detailed revenue & expense dictionary for 14 departmental schedules.

Why is it important to put forth these guidelines and set standards for reporting the various items like sneeze guards, air freshener, model fees and diffusers? For consistency and comparability purposes. This way, when someone discusses the expense for diffusers utilized in the Health Club/Spa Department, we know it is recorded in an account called Ambiance along with expenses such as spa music and aromatherapy oils.

To aide in formatting and researching items, the USALI 11th edition went beyond the printed pages to provide an online resource page. This resource page, which is accessible on the American Hotel & Lodging Educational Institute website, includes example schedules in Excel format, a revenue & expense guide, industry updates and a FAQ listing. The FAQ is maintained by the Financial Management Committee of the America Hotel & Lodging Association and is updated when new questions arise.

There were many changes from the 10th to the 11th edition of the uniform system; therefore, it would be difficult to list them all. The following are a few of the highlights of the changes.

The USALI 11th edition took us beyond accounting standards and broadened to include an extensive listing of financial ratios and operating metrics, added an expanded revenue and expense guide and provided guidance on gross vs. net reporting. The USALI 11th edition should be referred to as the guide for hotel finance professionals providing the tools to record, analyze and benchmark accounting & finance data in detail providing the knowledge needed to manage the organization’s overall financial picture. 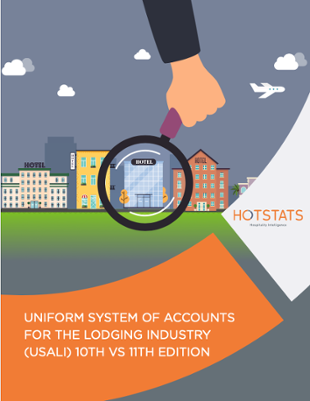 The Story of Benchmarking: History, Processes and Practice